back to the overview
Nieuws

The damaged occurred after a hail storm in June 2016 in the south of the Netherlands. In August 2018, the Amsterdam District Court ruled that Delta Lloyd was obliged to compensate the plaintiff’s damage to the solar panels under the established insurance agreement. The insurer was not required to reimburse the interim loss of income and the consequent loss of subsidy. Delta Lloyd subsequently filed an appeal in which the Amsterdam Court of Appeal has now ruled.

Different Tests
Following the hail storm in question, the poultry farmer in Southeast Brabant had his solar panels tested by SolarTester. The goal was to examine the solar panels for damage to the solar cells. These tests showed that all solar panels on the roofs were damaged and required replacement. Delta Lloyd subsequently had Dekra Certification carry out a second opinion.

Based on Dekra Certification’s conclusions, Delta Lloyd decided not to pay compensation. However, Delta Lloyd indicated that it would be willing to compensate for the damage if, within two years, the panels turned out to be seriously damaged with a serious fracture as a direct consequence.

No minor damage
The Court of Appeal now states – similar to the Court of First Instance – that it is of the opinion that the damage to the solar panels cannot, as previously claimed by Delta Lloyd, be qualified as minor damage.

The Court of Appeal states: ‘The experts have classified the damaged solar cells into three categories: uncritical, critical, and very critical. If the micro-fractures do not directly result in damage to a solar cell, this damage is classified as uncritical. Solar cells that are less than 20 percent damaged are classified as critical. A majority of the cells in which micro-fractures were identified fall into this category. Several cells even fall into the very critical category, with damage of more than 20 percent. Considering the scale of the damage, SolarTester has recommended replacing all of the solar panels. Dekra Certification has also determined that a number of cells have been seriously damaged. This means that at least ten of the test solar panels show objective deterioration of the material structure, affecting the generally accepted material integrity. The experts’ findings are proof that the damage to the solar panels is not minor.’

This means that, according to the Court of Appeal, Delta Lloyd cannot invoke the exclusion for damage consisting of scratches, scrapes, dents or other minor damage, because the conditions for exclusion have not been met in this case. Delta Lloyd must therefore proceed to settle the damage to the solar panels.

SolarTester will eagerly use its equipment and expertise to give clients (whether owners of a solar power system or insurance companies) insight into the status of the quality of their solar panel cells. In doing so, SolarTester uses its expertise to assess potential damage.

We offer a wide range of PV quality tests 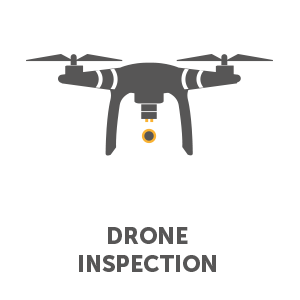